Preschool teachers are encouraged to play these games with small groups of two to five children. The challenge of group activities is making sure that every child understands the concept being taught and has an equal opportunity to participate and answer questions.

Below are a variety of Turn-Taking Strategies that will help you call on students in a truly random order, so every child gets a chance to play. They also add another fun element to lesson time. These techniques will help teachers avoid the trap of calling on the same students too often — the loudest ones, the ones sitting in front, the ones with names at the beginning of the alphabet.

Use any or all of these strategies to maximize the effectiveness of your lessons. They work for all kinds of classroom activities, not just phonemic awareness games! 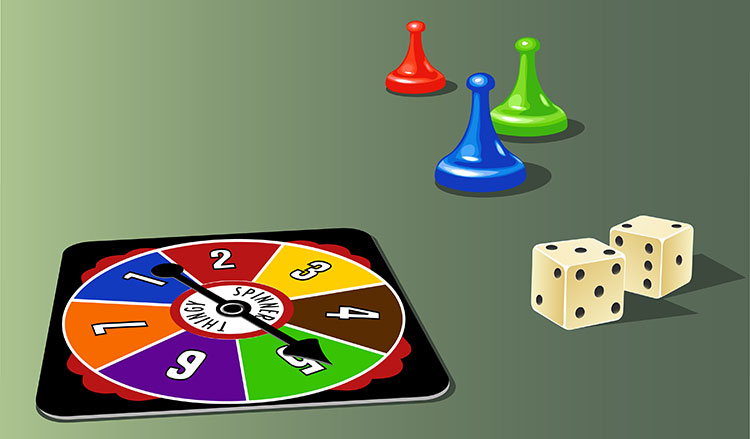 Use various classroom items to call on children in a fun and equitable way.

1. Put the children’s names (or photos if they can’t yet recognize their written names) in a bag or basket. Draw from the bag to determine whose turn it is.

2. Place several numbers in a bag. Let each child draw a number to indicate the order in which they will take a turn.

3. Take a deck of playing cards (numbered cards only — remove the aces, jacks, queens, and kings). Have each child draw a card. The child with the highest (or lowest) card gets to go first. You may need to repeat the question because the time this procedure takes may make the children forget what it was!

4. Tell the group, “I’m thinking of a number between 1 and 5.” Hold that number of fingers behind your back. The child who guesses the number (or closest to it) answers first.

5. Ask when the children’s birthdays are. January birthdays go first. The next lesson, call on December birthdays first. If you use this strategy a lot, take turns starting with all the months so you don’t accidentally leave out the May and November birthdays!

7. Write numbers inside plastic Easter eggs, and place the eggs in a basket. The children choose an egg and open it to see their number. Sometimes let the lowest number go first, and sometimes the highest number.

8. Take craft sticks (a.k.a. popsicle sticks), one for each child in the group. Mark the lower part of each stick with a different color, number, shape, or child’s name. If you choose colors, numbers, or shapes, have the children select “their” color/number/shape before you start the game. Write down each child’s choice. Put the sticks in a covered can with the marked part of the sticks not visible. Have a child pull a stick from the can to see who gets a turn.

9. Use a spinner with numbers ranging from one to five or six. Assign each child a number in that range. Let one child spin the spinner to determine which child gets to answer the question.

10. Give each child a playing card (ace, 2, 3, 4, etc.). Tell the children not to look at the card but to hold it up to their foreheads. It will be a surprise as to who goes first! Call for responses in numerical order (to be sure each child’s number gets called the same amount of times).

11. Place plastic letters in a bag or basket. Make sure you have the letters that match the first letters of the names of the children in your group. Pick one child to pull out a letter. The child whose name begins with that letter gets to answer your question.

12. Have the children number off. Use a triangle, bell, or clicker to count off. “[ding ding ding] Who is Number 3? It’s your turn!” Alternately, just clap or snap your fingers a certain number of times. Make sure each child’s number gets called the same amount of times.

13. Let each child choose a classroom item as his/her personal symbol. Write down each child’s choice. Put the symbols in a bag and draw out one at a time. “Whose symbol is the dump truck? Okay, it’s your turn!”

14. Put the children’s names or photos on a chart. Give each child a marker (checker, coin, etc.). When a child takes a turn, he puts his marker on his photo/name. Keep playing the game until everyone’s photo has a marker, which means everyone in the group has had a turn.

15. Have the group sit in a circle. Whisper a sentence in one child’s ear and have her repeat it, one word at a time, while simultaneously touching the other children’s fists in the circle (very much like playing One Potato, Two Potato). The child whose fist is touched on the last word of the sentence gets to answer the question. If the children can spell their names, select a child to spell out the letters of her name in the same way.

17. Give each child in the group a number between one and six. Tape a card with that number to each child or in front of each child. Then either roll a die or let a child roll it. If a four is rolled, the child with that number gets to answer. Use masking tape to block out any numbers on the die that have not been assigned to a child.

18. Spin the Bottle: Sit in a circle and spin a plastic bottle. If the bottle points to you, it’s your turn!

20. Put the children’s names or photos on a cube, large die, or ball. Roll it. The child whose name/photo comes up gets to answer the question.

This blog post has good suggestions for creating random teams in the classroom.