“Hot Potato” practices mental counting from 1 to 50 while also increasing the speed with which your child can recite numbers in a sequence. 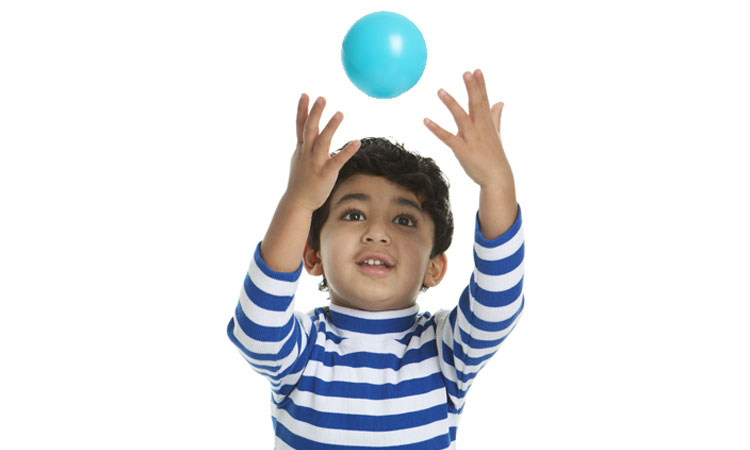 “Catch the ball and say the next number!”
↑ Top

Ball, potato, orange, or any other small object you can throw back and forth

This game works best with three or more players. Arrange the players in a circle. Start by playing a song. The first person with a ball says “One” and then throws the ball to the second person. The second person says “Two” and throws it to the third person who says “Three,” and so on.

Keep throwing the ball while counting in order. If someone says the wrong number, then they have to keep holding the ball until they say the correct number.

Stop the music randomly. When the music stops, the person holding the ball is out. The last person still playing is the winner.

Once your child has mastered the basic game, try some of these variations to increase the difficulty: