Perform “surgery” on a word, cutting it up into its two sounds (phonemes), keeping them in the correct order.

NOTE: This activity is about counting and ordering the sounds in words. It is not about spelling! 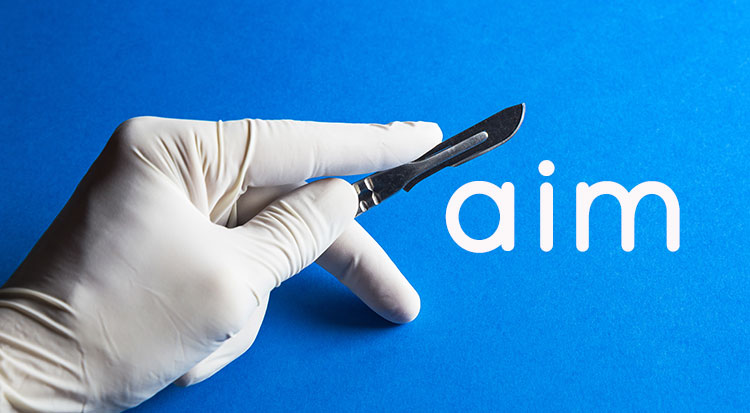 Video: How to play Word Surgery

Before starting the game, go through the picture cards with your child to be sure she is using the correct word for each picture (e.g., ace instead of card).

Set the mat in front of the child. Shuffle the picture cards and put them in a face-down stack next to the mat.

Explain to the child that in this game, he will listen to a word and cut it up into sounds. For each sound he hears, he will put a sound counting card in the first or last of the two smaller boxes on the mat.

Adult: Your job in this game is to listen carefully to a word
and then cut it up into the sounds you hear.
Turn over a picture card, say its name, and put it on your mat.
Then say the name slowly, one sound at a time.
For each sound you say, put one of these dot cards
on the mat below the picture.

Guide your child through the first round of the game:

Now that he has “cut up” the word, focus his attention on the number of sounds in the word and their order.

Go through about ten picture cards in a session. Once the child grasps the concept of the activity, shuffle all the cards already used in the session and challenge the child to beat his own time.

Be sure to emphasize the child’s giving each sound in order and then blending the sounds, beginning to end, into the whole word.

Play up the “surgery” aspect of the game. Encourage the child to use his index finger as a “scalpel,” drawing a line in the middle of the picture card to “cut” the word in two.

If you have a pocket chart, place the picture card on the top row. The second row will be the row for the sound counting cards. Demonstrate several examples of the activity. The children can take turns putting a sound card under the picture.

When they have a grasp of the concept, give each child a mat and sound counting cards. Show a picture card to the group, then give it to one child. Perform “surgery” on the word together, being sure to say the phoneme for each word part. Select another picture card for the next child. Give everyone many opportunities for practice. The goal is for each child in the group to be able to tell you both which sounds and how many sounds they hear in each word.

Reinforcement: Repeat the activity without pictures or sound cards. Use only words with continuant consonant sounds (from the word list) until the children are confident in their answers. For example: