C1: Introducing Sentences: Who It’s About

Learn what a sentence is and how it can be divided into two main parts. This is an introduction to the concept of spoken language being broken down into individual sentences and being able to identify the subject (the who it’s about) part of a sentence.

This activity is introducing a new concept and also new terminology (sentence, who it’s about, what’s happening), so you want to do this activity several times over the course of a week (at least), to be sure your child really understands the lesson.

Use these terms consistently throughout this module so your child does not get confused: 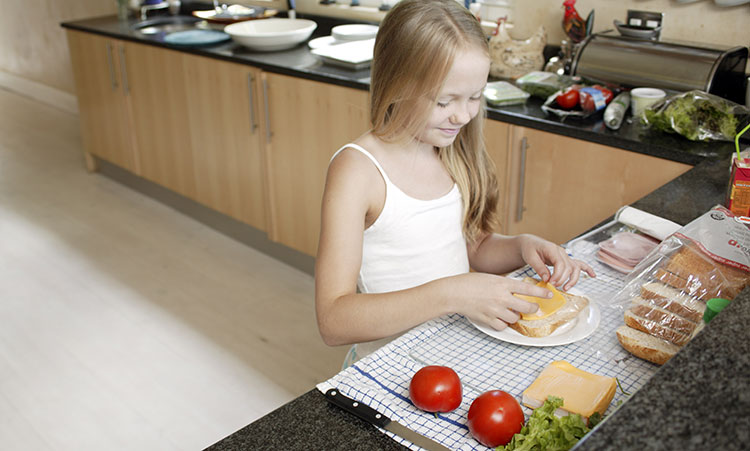 No materials are needed for this activity, but you will want to write down the sentences you make up, so that you can use them again in the next activity.

Video: How to play Introducing Sentences: Who It’s About

Start by giving your child a simple explanation of what a sentence is. For example:

NOTE: If the child struggles, repeat your sentence, emphasize the child’s name (the who it’s about part), and hold up one finger for each of the two sentence parts as you say them.

Adult: Yes! The who it’s about part of my sentence was [Child’s Name]. That’s YOU!

Here are some more examples of sentences you can make up about your child:

Then make up some simple sentences using people she knows and activities going on around her. Use a variety of action verbs with past, future, and present tenses. Have her repeat your sentence and then tell you the who it’s about part. Here are some examples:

NOTE: Write down your sentences so that you can use them in later lessons.

Go through at least 10 sentences in a session. After each example, restate the point of the exercise: “You listened to my sentence and told me who my little story was about!”

Use sentences with several words in the who it’s about part:

Lesson Objective: Children will be able to identify the two parts of a sentence and understand that a sentence is a little story.

GELDS (Georgia Early Learning & Development Standards): CLL6.3d (Activities for this standard will be increased in difficulty to match children’s age.)

Create little stories (sentences) about each of the children in the group. Make up sentences about activities each child likes. If you are using photos, hold up that child’s photo. Say, “Daveed likes puzzles. Who is the sentence — the little story — about? What’s happening in the story?”

NOTE: If the children are under age four, use sentences with just 2-5 words.

Reinforcement: Place the photos in a pile. Draw a photo of a child, and have the children make a little story using that child’s name. Then identify the two parts of the story.

Write down the sentences that the children create to use in the following lessons.

6 Responses to “C1: Introducing Sentences: Who It’s About”