Young children absolutely love silly jokes. Corny puns, lame knock-knock jokes, and the like can send kids into paroxysms of laughter at their own cleverness.

Why do kids like these cheesy jokes so much, the ones that make you roll your eyes and groan at the bad puns? It actually has to do with your child’s linguistic development as she learns how language works. 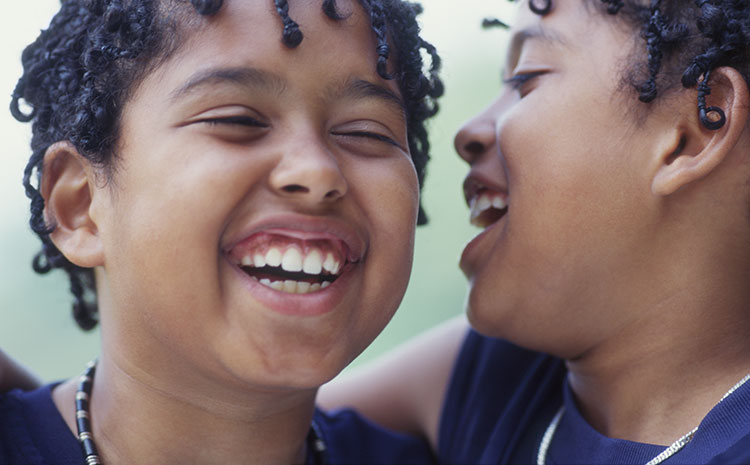 What do you get when you cross a cow and a duck?
Milk and quackers!

I just finished reading a really interesting book called The Pun Also Rises: How the Humble Pun Revolutionized Language, Changed History, and Made Wordplay More Than Some Antics by John Pollack. Pollack says that kids start learning knock-knock jokes at age three or four, around the same time they are developing phonological and phonemic awareness. Many of these jokes contain puns, two words or phrases that sound the same (or very similar) but have very different meanings.

How could learning puns possibly be important? Understanding a pun requires fairly complex linguistic knowledge — you have to understand that words can have the same sound but different meanings. That’s a big step for a young child, being able to separate the structure of language from its meaning. In Pollack’s own words, “the effect of such preschool and playground puns is consistent over time: glee at the discovery that one can play with language, turn sense into nonsense, and nonsense into sense. And it’s this very wordplay that exposes children to the mechanics of semantics, long before they ever tackle grammar in a classroom” (p. 104-105).

So the next time your kid is driving you crazy with her latest joke (What’s the best day to go to the beach? Sun-day!), remind yourself that she is actually learning!

Let us know in the comments: what’s your child’s favorite punny joke?