Before starting this lesson, check the Fast Track.

Cut off or paste on a sound at the beginning of a word to create a second word in a pair. 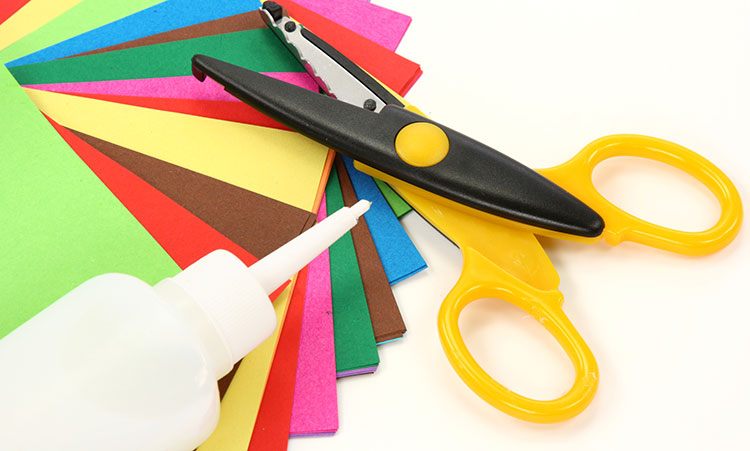 Video: How to play Cut or Paste?

Start out by explaining the concept of the game to your child. You will say two words, and she must figure out how to make the first word into the second word. She must decide whether to add or remove a sound at the beginning to either create or pull apart a consonant blend.

Adult: You’ve already learned about sticky sounds that like to stick
together at the beginning of a word. And you’ve learned how to
pull those sticky sounds apart. In this game I’m going to give you
a word for you to count the sounds. Then I’ll give you another word.
Your job is to either cut off a sticky sound or paste on a
sticky sound to make the second word.

Put the sound counting markers and the work mat in front of the child. She will use these to count the sounds in the words of this activity.

Give her the first word in the pair and have her count the sounds.

Adult: Use these markers to show me the sounds in the word I say.
Listen: lay. “Lay the book on the desk.” What word?
Child: Lay.
Adult: Yes. Say the sounds in lay,
and put a marker on the mat for each sound you say.
Start here. [Point to the green circle.]
Child: /lll/ [places 1st marker] … /āāā/ [2nd marker]
Adult: Good job. You placed the sound markers in just the right order
to make the word lay.

Now say the second word, and help the child figure out whether she needs to “cut off” or “paste on” a sound at the beginning of the first word to create the second word.

Adult: Here’s my next word: play. “I like to play at the park.”
Do you have to cut off a sound or paste on a sound to turn
your word, lay, into play?
Point to and say the sounds in the word you made, and then
say my new word play, and decide what you need to do.
Child: [Points to sound counting markers as he says each sound.] /lll/-/āāā/. Lay.
Adult: Now say play slowly and count the sounds you say in the word play. Get ready!
Child: /p/-/lll/-/āāā/. Play. Three sounds!
So I have to paste on a sound to make lay into play.
[Shifts sound counting markers and adds new one at beginning.]
Adult: Touch each marker as you say the sounds for play.
Then say the sounds fast. What word?.
Child: /p/ … /lll/ … /āāā/ … play!
Adult: Good job.

Once your child has successfully completed one round of the game, have her remove the sound counting markers from the mat before starting the next round.

One session of this game should last 10-15 minutes, with you and your child covering 6-8 word pairs. Present the word pairs so that sometimes the longer word is first and sometimes the shorter word is first. This way she will get practice with both “cutting” and “pasting” sounds. Repeat these word pairs several times in random order within the session to give your child lots of practice.

Use just three to five word pairs, and repeat them randomly several times in a session. This will help the child get a firm grasp of the objective of the game.

Lesson Objective: Using sound counting markers and a work mat as visual aids, children will hear two spoken one-syllable words and determine what initial consonant manipulation (addition or deletion) is needed to change the first word to the second word.

GELDS (Georgia Early Learning & Development Standards): CLL6.4f (closest standard)
Note: This is too difficult a skill for most Pre-Kindergarten children.

Georgia Standards of Excellence: ELAGSEKRF2.e
Many Kindergarten children will find this skill too difficult.

Choose a word pair from the list, and guide the children through counting the sounds in each word, using their knuckles if necessary. After they have counted the sounds in both words, ask which word has more sounds. Then ask them whether they need to cut or paste, like this:

Have them count and answer as a group at first, working toward the answers together. Once they have the hang of the game, give each child a work mat and sound counting markers, and call on individual children. Repeat this activity until children demonstrate a firm grasp of the process.

Reinforcement: Use the activity as a transition strategy. Say a word pair very slowly, from the word list that you have practiced often in small group. Have a child knuckle-count and repeat the sounds in the two words and then say “cut” or “paste” in answer to what she needs to do to turn the first word into the second one. If she answers correctly, she may get in line, wash hands, choose a center, etc.