You will play three sounds for your child and ask him to say which sound came first, next, or last.

This is a sequel to First Sound, Last Sound (A4), which had sequences of just two sounds. Adding a third sound makes the task more complicated and further develops your child’s memory and attention skills. 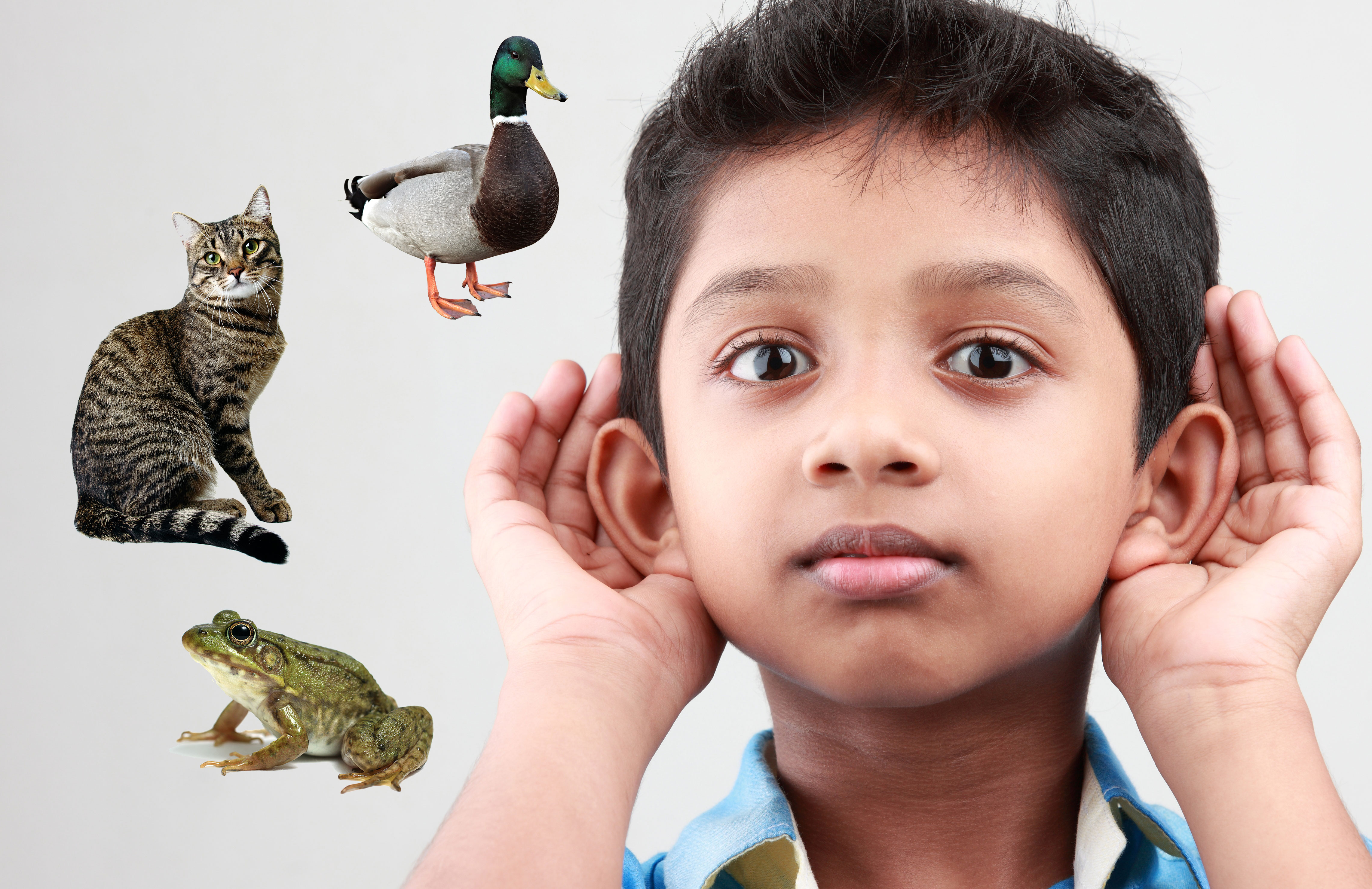 Demonstrate the game by playing three different sounds, and naming the sounds along with their order.

Note: Next is an easier concept for young children to understand than middle.

Video: How to play First, Next & Last Sounds

Start the game by playing three sounds and asking the child to name the sounds.

Mix up the order of your questions. Sometimes ask him to name the first sound, sometimes the last sound, and sometimes the middle sound. (This may be difficult for younger children who don’t yet grasp the concept of middle.)

As your child gets the hang of it, give less guidance with each round. For example, don’t tell him the number of sounds.

Adult: I am going to play three sounds for you.
Listen, and then tell me the first sound.
[play Donkey, Duck, and Foghorn]
What was the first sound?
Child: A donkey!

If your child really struggles with remembering three sounds, go back for a while to the First Sound, Last Sound activity, which uses just two sounds at a time, or Name That Sound, which uses just one sound at a time.

Lesson Objective: Children will be able to sequence three sounds.

Encourage a child to come up with three sounds on his own. Challenge the other children to name the sounds in the correct sequence.

Reinforcement: Play a series of three sounds (e.g., horn, bell, sneeze). Play the same series a second time. Then play just two of the sounds in the series (horn,
, sneeze).

Ask the children, “Which sound was missing? Was it the first sound? The second/next sound? Or the last sound?”

One Response to “A6: First, Next & Last Sounds”