The child listens to a sequence of two sounds and names the sounds they hear.

This is like Name that Sound (A2), where the child had to name one sound, but now the child has to remember two sounds and their order. This game further develops memory and attention. The game leads to First, Next & Last Sounds (A6), where there are three or more sounds. 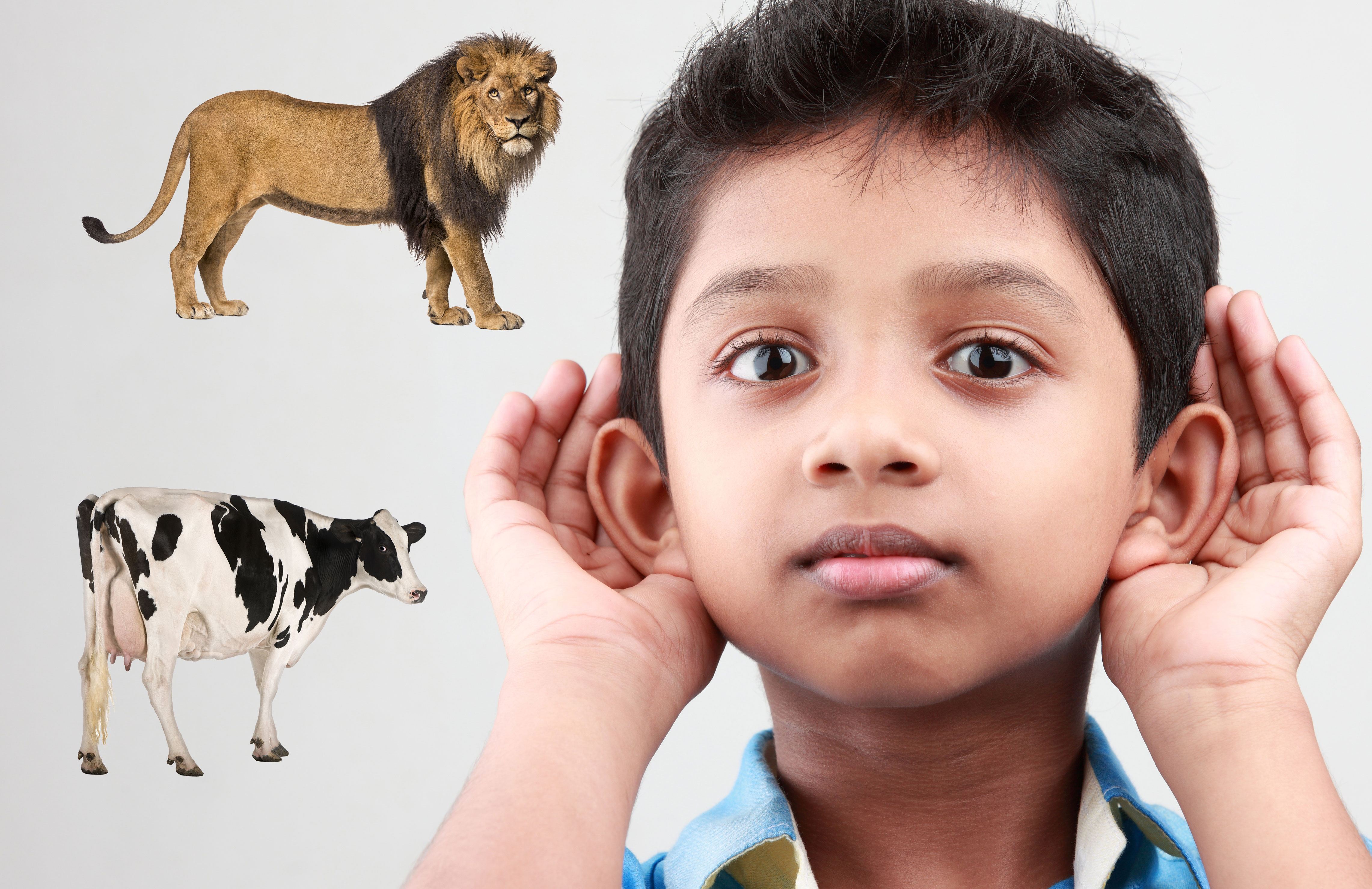 Demonstrate the game by playing two different sounds, and naming the sounds along with their order.

Start the game by playing two sounds and asking the child to name the sounds.

Adult: I am going to play two sounds for you.
Listen, and then tell me the first sound.
[play Donkey and Owl]
What was the first sound?
Child: A donkey!

Once the child has mastered the basic game, make it a bit harder by reversing the order and asking for last sound, then asking for the first sound.

You can play this game with a wide variety of sound or music clips. You can even make your own sounds (e.g., clapping hands, whistling, drumming fingers on a table).

Lesson Objective: Children will be able to listen and name two sounds in the correct order.

Have the children take turns selecting sound clips to play for the rest of the group to identify. Encourage them to come up with their own sounds (such as clapping, stomping, etc.).

Reinforcement: Give each child two musical instruments. One child at a time will play her two instruments, pausing in between. Prompt the children with questions, like this: